February 2021 Progress Update
Hey there everybody, and welcome to our first blog post of 2021! Over the past month, we’ve had quite a few updates hit the game- and there’s even one coming out today! So in today’s post, we’re gonna go over everything that has been added lately, what’s being added today, and how our update structure is going to look moving forward. From a holiday-themed V.P. Battle, to Nerfs Mode, to Hardcore Boss Battles, and much more in today’s update, there’s a little bit of something for everyone!

Holiday Updates
Since our last blog post, we released a few surprise updates. The first of these began on Christmas Eve, when we released v1.0.4.0. This update contained the Holiday V.P. Battle, which was a variation of the typical V.P. Boss Battle, but with a Holiday spin based on original Toontown Online concept art by Bruce Woodside. Alongside this feature, we introduced Nerfs Mode, Outskirts Themes, MacOS Big Sur issues, and much more.

Not more than two weeks later, we introduced another sizeable feature- Hardcore Boss Battles. This feature came in our v1.0.4.4 update, and introduces a new spin on the original four Boss Battles. Not only are these much more difficult than their original counterparts, but each one has at least one new mechanic that makes it stand out. For example, you can fall off the ledge while fighting the V.P., or struggle against a rotating scale as you battle the C.J.

Throughout the rest of January however, we stayed mostly silent while working on other things here and there. Now that February has rolled around, we’ve decided to dump everything we’ve been working on into one big update rather than spread things thin. Coinciding with this blog post is the release of v1.0.5.0, which overhauls the backend of some key features in the game, while introducing a lot of quality-of-life in other areas. Today’s update is also important for another reason, though- it marks a change in how we’re going to deliver out updates going forward. 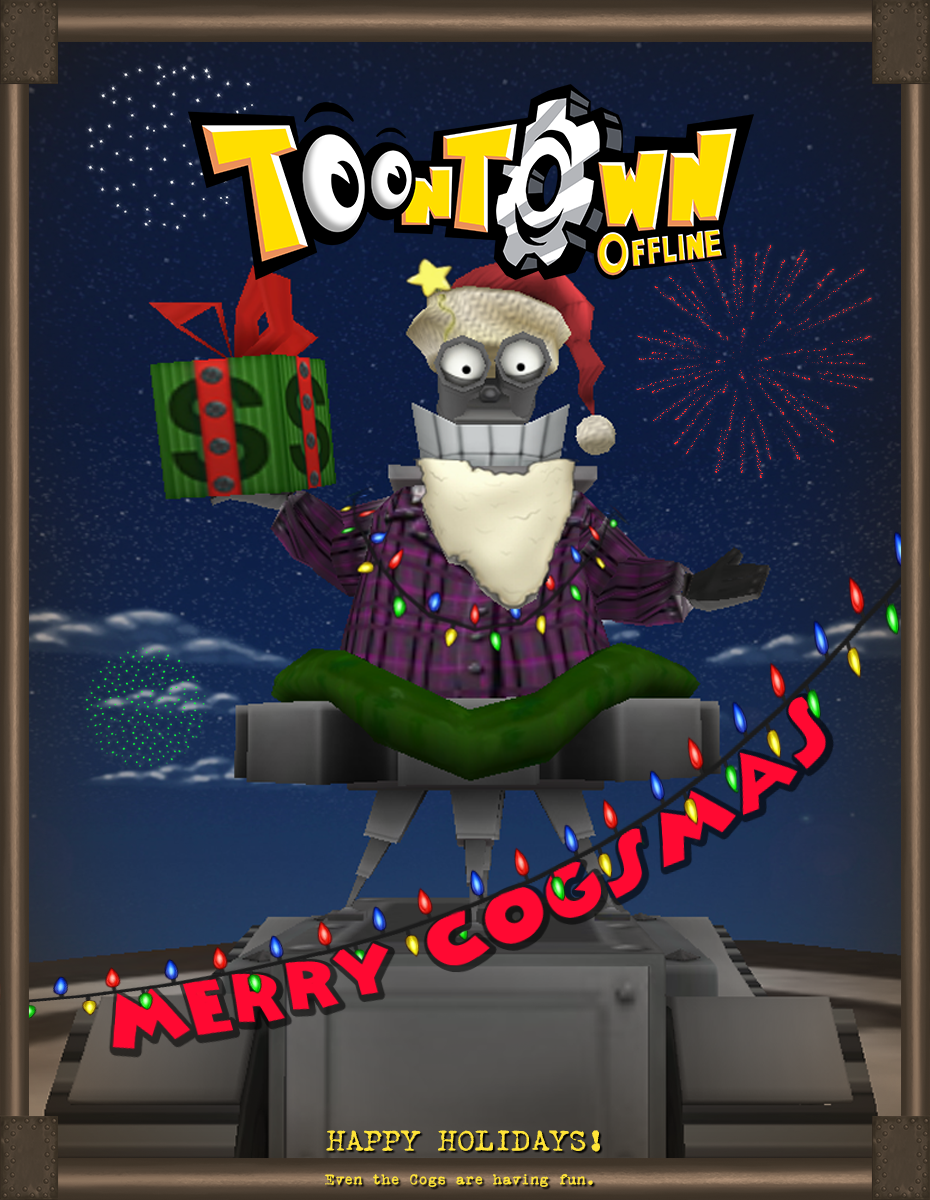 Update Schedule
Ever since we re-released Toontown Offline under v1.0, we’ve put out new updates as we see fit and not on any particular schedule. If we think we’ve accrued a handful of tweaks and bug fixes that can go out on their own, we push them out willy-nilly in the form of a small update. On the other hand, for the times we’ve let our progress accrue, we’ve decided to pack a bunch of things into a medium-sized update. However, going forward, we plan to release updates on a monthly basis instead of whenever we feel like it.

Why are we making this change? There are several benefits we think will come as a result. For starters, it will allow our players to experience a sizable burst of updates in one go rather than feeling obliged to keep up with a plethora of smaller patches. By congregating updates into a single patch each month, it will become easier to keep up with what is new. Secondly, it will give our team more breathing room as we continue to work on the Operation: Seek Out Scrooge update. Having monthly updates means the scope for said updates will be kept small, and won’t intrude on our other priorities. Overall, we think this will be really beneficial for both our players and team alike.

You can expect to see each monthly update arrive within the first week of the month. Please note, however, that a monthly update won’t necessarily be big or small in nature. It simply means that at the beginning of each month, we will push what new things we have to the live game. Sometimes that may mean a dozen bug fixes, other times that may mean a dozen new features. In cases where an emergency bugfix or tweak is required, we will perform a silent hotfix to ensure the game continues to run smoothly.

March Updates
So what updates are we looking to bring to the game in March? Well, while we can’t promise anything for certain, I can say that we are currently working on a new Mini-Game similar to Courtroom Catastrophe. In fact, you can find a preview for it as a part of the v1.0.5.0 update. We also have a few other features in the works, such as a revamped Options Page, revamped Magic Words Page, and more. Hopefully we’ll be able to get some of these ready in time for March, but we’ll just have to see!

I think that’s just about all we have to talk about for this month though. As always, thank you very much for reading and sticking with Toontown Offline. We hope you enjoy our recent updates, and look forward to our new update schedule in the future! Have a good one, all!