To be quite honest, not much has happened this month. In fact, I’d say that this has been Toontown Offline’s quietest month all year. Lots of our team has been busy with other things, but we’re hoping that things will start picking up again now that it’s November- a historically active month for our team. It’s been a couple months since we’ve released an update, and we had originally planned to release one in October. Unfortunately that didn’t quite happen, but you can expect to see the update released in the coming days of November.

There’s not much else to talk about for this past month so I’m not going to bother you with any more fluff- instead, have a look at this meme we posted to our Twitter account a few days ago! 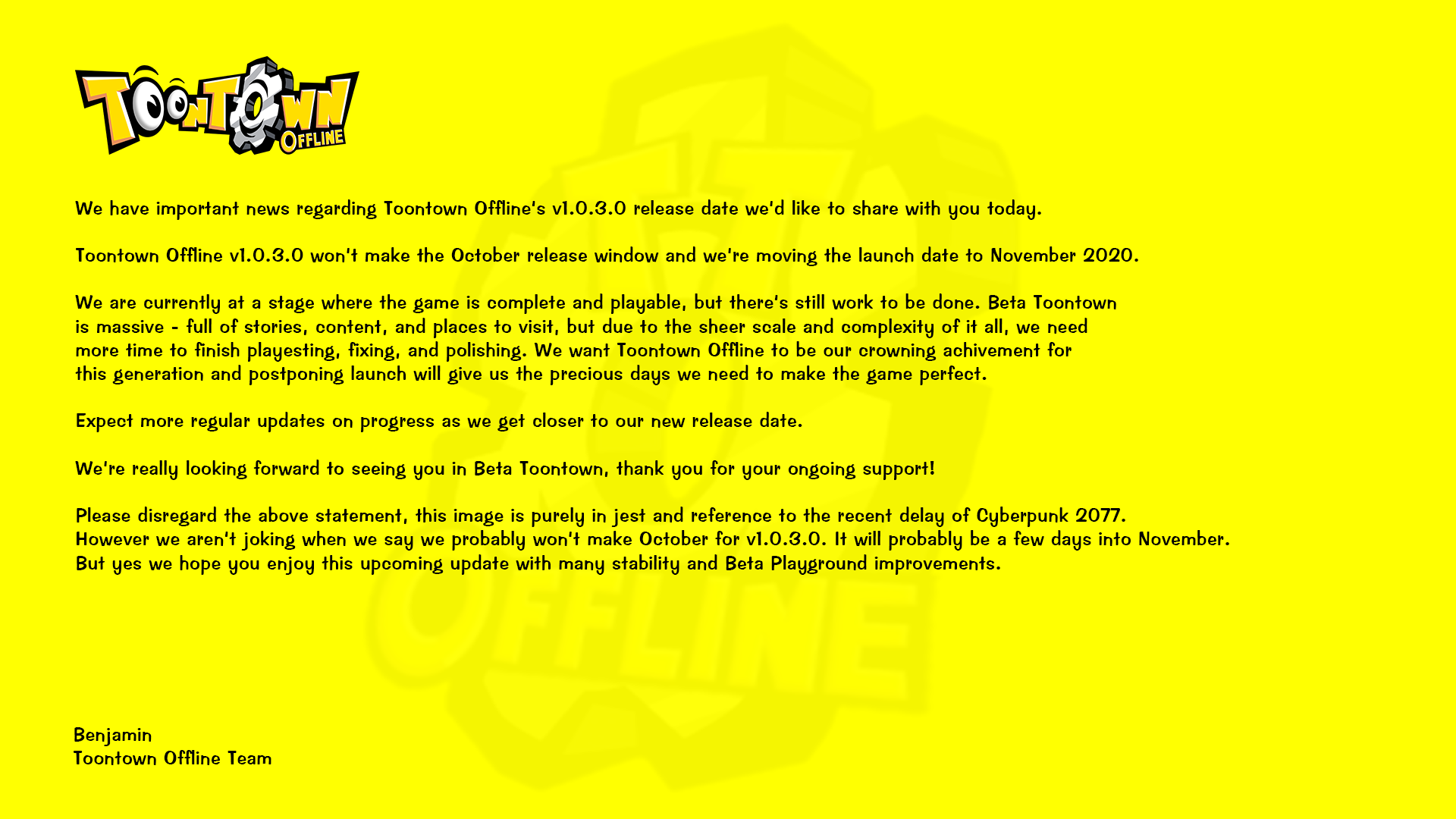 As always, feel free to check out our Twitter and Discord server to chat with the developers and see what’s upcoming for Toontown Offline.

Thank you for your support, and I look forward to writing more next month. Until then, have a good one!